Our Withdrawal from Afghanistan, Without Many Casualties, makes it among the History’s Best Withdrawals 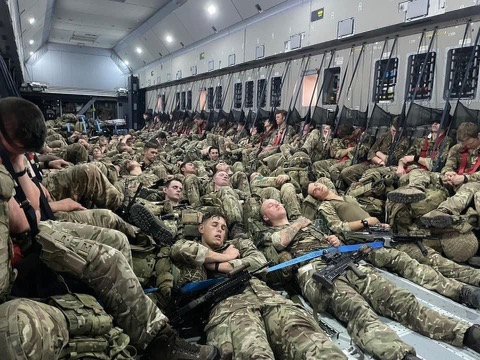 Compared to retreat at Dunkirk, in World War II, when at least 45,000 British troops died on the beaches of Dunkirk, the tragic and haunting loss of 15 Americans from a lone ISIS suicide bomber, pales by comparison.

So does the middle of the night withdrawal by American General McCarthur when he retreated without his 22,000 American troops or our 12,000 Philipino Allied troops.

Our 22,000 American men and 12,000 allies left behind by General McArthur became the fodder for the Bataan Death March, characterized by “severe physical abuse and wanton killings.”

The reality of our Afghanistan withdrawal is that it was a retreat, but was more like the Philipines than like Dunkirk.

At Dunkirk, the Germans were firing on the retreating British.

Even though the “Afghan Security Forces” had folded and given up the country, and we had no operational security but for the Americans on the ground, the Taliban still, did not fire on the retreating Americans or the Afghan citizens desperate to leave.

In Afghanistan, President Biden secured the withdrawal without our troops being fired upon.

And in history, the judgment of a great military retreat is simply determined by: what percentage of your troops safely made it home?

Of the great retreats chronicled by the History Channel in this article, “7 Brilliant Retreats,” a brilliant retreat is determined by about 75% of the troops making it home.

Even with 45,000 dead, Dunkirk qualifies as a brilliant retreat.

We tragically lost 15 American servicemen in this retreat.

But we also rescued more than 124,000 Afghan allies and those who could not live under the Taliban.

These 80,000 Afghans could form the backbone of a reformed Muslim foundation of faith, and one that has tolerance as a value.

Let’s face it, the American public received a huge dose of Afghanistan televised reality recently, and many could not cope with that reality, or even understood the criteria for what is or is not a successful withdrawal, because their exposure to real war has been Marvel superpower movies while living in the American homeland where there were few signs of the 20-year war in Afghanistan, life when on as normal.

And when reality intruded, they blamed Biden.