Sophisticated Algorithms Allow Planned Parenthood to Elect 98% of their Targets

It turns out, the Obama vs. Romney battle was one of men vs. boys.

The sophistication of the Obama data and algorithm and custom software operations crushed their opponent.

See chart below, from “Inside Planned Parenthood’s Campaign,” published in the Washington Post: 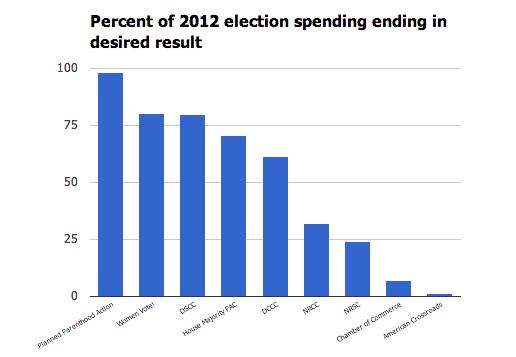