Behind the Predictive Election Model Results

I have an algorithm that predicts the net gain of seats for the GOP and the Dems in the U.S. House and U.S. Senate in the coming mid-term elections.

Future predictions cannot be guaranteed by past results, and the past results have been about 90% accurate for the U.S. House.  So, naturally, I made a change to the algorithm this cycle that materially changed the results, since I could not resist tinkering with it.

If the algorithm is correct, then there can be several take-aways:

First, President Trump is a monster campaigner.  He is energetic and relentless.  He can pack a stadium with tens of thousands of people, and still have tens of thousands of people standing outside waiting to get in to hear him.  The only precedent is candidate Obama, but his crowds dried up as soon as he was elected and began pushing ObamaCare.  Trump’s crowds, at the mid-point in his first term, are unprecedented in modern American politics.

The two single most important events in American politics since Trump’s election can be summed up in these pictures: 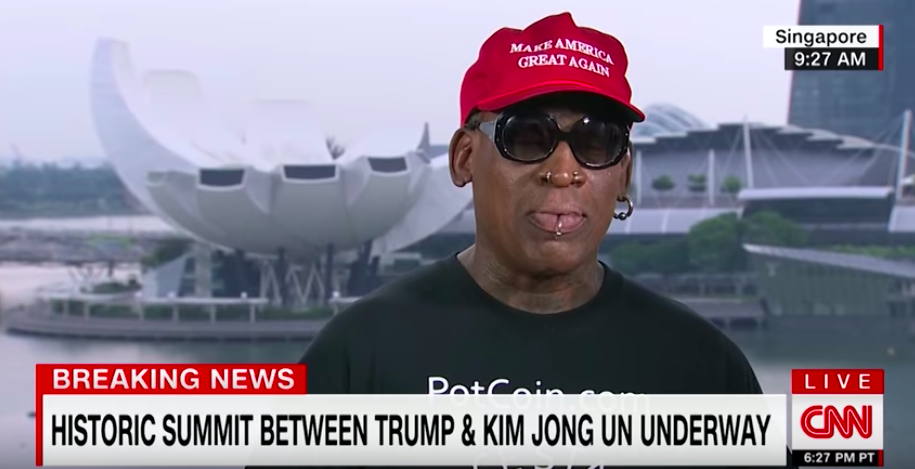 The fact that these two black men are overtly supporting Trump is a not-so-subtle message to all African-Americans that it’s OK not to vote Democrat.

Second, the mainstream media is intellectually and emotionally compromised, and as a result, the Democratic-Party-cheerleading-media-polling-complex has been wrong, consistently.    Fool me once, shame on you (the Trump victory); fool me twice, shame on me (the mid-term results.)  If the algorithm is correct, it is clearly time to stop listening to the media, they are, without a doubt,  pushing the Democratic party line to raise money for the Democrats and to convince the best possible candidates to run.  The mainstream media very simply cannot be trusted to make judgements about what is credible or not or what is likely or not.

The United States is a center-right nation, no matter how much the media agitate to make it otherwise, and given their continued lack of credibility and obvious, on-its-face inability to change and influence the outcome of events, Americans should spend their time watching Netflix, Amazon Prime or anything other than the cable or national news.

Third, the economic boom of the first Trump years, his in roads with African-Americans and his ability to wind up the media into head-exploding extremists is a winning strategy.  The media cannot be fair or rational.  It is not possible with the current crop of producers and reporters and commentators.  They need to have wholesale staffing changes from top to bottom, and that will never happen, because they are so arrogant and self-righteous they revel in their pride and “morality.”